Previous
1. The 4th most-created deal alert leading up to the event were for the absolute hottest deals available

Our 4th most-created deal alert was for any deal thread that had such a high community rating it was deemed one of the hottest available deals onsite. This indicated that Slickdeals users were willing to get notified for any deal performing well amongst the community, regardless of the product, brand, or retailer. Instead of a passive approach to discovering new products, users were actively creating opportunities ahead of the event to discover and engage with the most popular deals.

The other top deal alerts included hdtv, tablet, and laptop, with laptop being the most-created deal alert two days leading up to the event. This aligns with the movement we saw within our top five most-shopped categories in which Computers moved from 4th to 2nd compared to the July event.

2. Costco & Dell claimed spots in our top 5 most-clicked retailers during the event

While Amazon remained the retailer with the most outclicks during both Prime events this year, we were surprised to see Costco and Dell claim space in the top five during the Early Access Sale.

Compared to the July Prime event, Costco increased their total number of outclicks on Slickdeals by 63%, likely due to a members-only sale event that aligned with the Early Access Sale. Their top performing deals included a 4-pack of outdoor solar lights as well as an electric vehicle charging station, both of which reached the Slickdeals Frontpage with 40+ votes.

Who was pushed out of the top five this time around? Likely due to their competing sale event the week before Amazon’s, Target dropped out of the top five most-clicked retailers during the October event alongside eBay. With most of Target’s deal inventory having been posted on Slickdeals the week prior, the landscape was open for competing retailers to stake their claim.

In keeping the event on the down-low and not confirming dates until pretty close to the event, Amazon was able to help prevent same-day competing sales from other retailers and in turn, increase their market share on Slickdeals by 3% compared to the July event.


3. Shoppers’ search terms indicated a preference for brands and retailers, but not products

Indeed, 40% of our top 50 search terms onsite contained only the name of a brand or retailer, but no product (i.e., Dyson). This was a 4% increase for the same search term type from the July event. We did however see a decrease in general product search terms (i.e., computer), perhaps hinting that while shoppers were still open to deals on various products, they had a preference on where or who they wanted to buy from.


4. The Grocery category fell in both sales and clicks compared to Prime Day

With grocery prices on the rise and inflation still alive and well, we were surprised to see the Grocery category fall out of the top 10 most-shopped categories for the October Prime event.

In a July survey to 1,013 Amazon shoppers conducted by Slickdeals, 32% of respondents who said they planned to shop on the July Prime Day event said they intended on purchasing essential items like detergent, vitamins, and toilet paper.

Nearly 4 months later and it seems as though priorities have changed, even though the circumstances feel roughly the same. Perhaps shoppers were more focused on jumpstarting their holiday shopping (or splurging on gifts for themselves–we’re certainly guilty!) than stocking up on household essentials.

5. Samsung’s The Frame TV continues to be a crowd favorite on Slickdeals

Out of our top 5 non-Amazon deals that generated the most sales during the Prime Early Access event, Samsung’s popular The Frame TV came in 2nd, after taking the top spot during the July event.

Even without offering the second complimentary bezel listed in the July promotion, the steeper discount this time around ($170 less than the July deal) was enough for this offer to gain traction on Slickdeals, reach the Frontpage, and capture over 40,000 views. 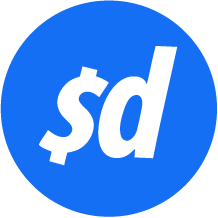 From an abundance of Smart Home deals to the most popular gift card incentive, here are the top 5 most-shopped categories on ...
Start Reading
Slickdeals Team June 25, 2021 at 2:22 PM 2 min read

With consumer priorities shifting and big box retailers rolling out their own multi-day sales in competition with Amazon, we ...
Start Reading
Slickdeals Team October 26, 2022 at 1:39 PM 4 min read

Check out which deals generated the most sales and clicks in our top 5 most-shopped categories during Amazon's Prime Early ...
Start Reading